Historic run continues for St. Joseph
Below is a news article written by Matt Feld, featured in The Boston Herald.

A few days after setting school history, Saint Joseph showcased it's here for the long haul.

Kendric Davila-Diaz had 21 points, 10 rebounds, and dished out six assists while the Phoenix defense proved stingy as No. 6 Saint Joseph Prep defeated sixth-seeded Cape Cod Academy, 71-55, on Tuesday night in the Division 4 Round of 16 at Emmanuel College.

On Friday night, the Phoenix captured their postseason first win in boys basketball program history in its first tournament game hosted on campus. Just three days they showed they are a contender in Division 4 as they limited the Seahawks to just 32-percent shooting for the game.

"Cape Cod Academy is a very good team so we focused all week on the defensive end," Saint Joseph coach Kyle Callanan said. "We had energy defensively tonight and that was the difference." 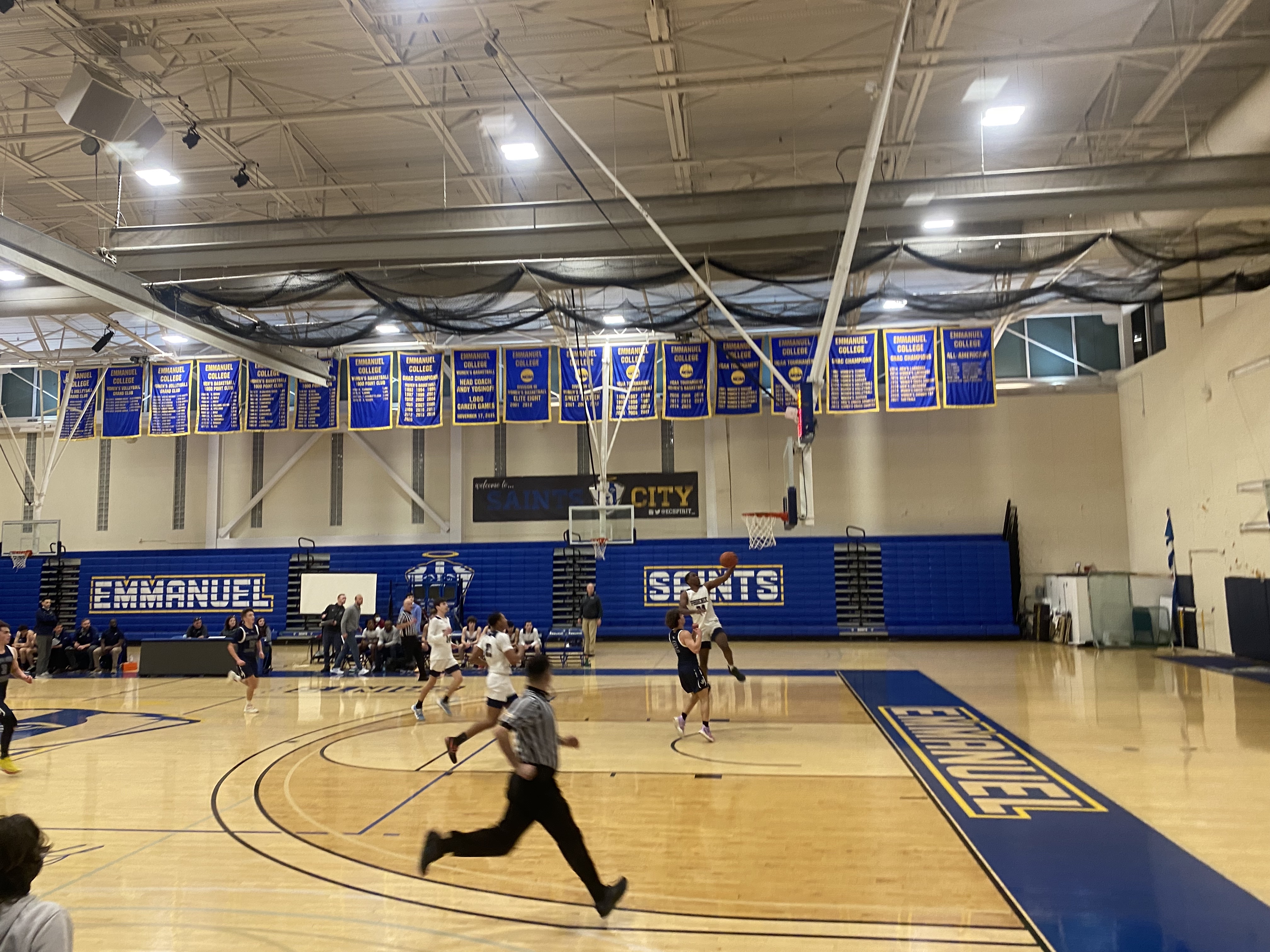 While Diaz led all scorers with 21, Ethan Robertson proved to be an invaluable second option for the Phoenix as he used his physical 6-foot-4 frame to pile up 19 points and eight rebounds. Cape Cod Academy scoring machine Jaeden Greenleaf, who came into the night with 2,312 points for his career, ended his night with 17 points.

The Phoenix held a seven point lead at the half and quickly pulled away in the third quarter. Nate Robertson went coast-to-coast, Diaz had a pair of baskets, and Ethan Robertson drove baseline and finished to help stretch the advantage to 15. At the other end of the floor, the Phoenix stymied Greanleaf, holding him scoreless during the crucial third stanza.

"We knew (Greenleaf) was a 2,000-point scorer, which is incredible, so we just tried to make it difficult for him," Callanan said. "An impressive effort from our guys."

Saint Joseph grabbed a 20-13 lead after one due to a late 5-0 spurt to close out the quarter highlighted by an Ethan Robertson triple. Greenleaf tried to get going in the second quarter with a pair of baskets, but the Phoenix showcased their athleticism in the open court as Davila-Diaz and Ethan Robertson both went end-to-end to help push the hosts to a 33-26 lead at the break.