Phoenix Players is SJP’s extra-curricular theater program. We currently produce two performances each year, including one dramatic show and one musical. Our goal is to expose students to a wide breadth of different genres, techniques, and styles, as well as encouraging student participation across the board, be it onstage, on the design team, or in the wings. We are constantly growing, so keep an eye out on this spot for announcements and ticket sales!

Developed and nurtured by MSJA alumna Mariagrazia LaFauci ’08, the Phoenix Players have grown to become an extraordinary legacy in the relatively short life of the school. Most recently, under the guidance of Dr. Borkowski and Ms. Gipson, the troupe has expanded their endeavors to include virtual events, accommodating for the limitations offered by the COVID-19 pandemic. For a complete list of PP works, check out our Past Productions page.

Paris, 1940. The Nazi onslaught has decimated central Europe and they have set their sights on France. Fiona Fae Tahlle, notorious spy and international woman of mystery, invites several guests from her sordid past to a cocktail party while en route to their final destination of Pamplona, Spain, fleeing the Nazi invasion. However, what promised to be an awkward evening of blackmail quickly turned out to be one far bloodier, as Ms. Fae Tahlle is found murdered and cast aside on the tracks. It is up to the renowned Colonel T.N. Crumpet and his trusty assistant Detective Anita Clue to untie the tangled web of lies and intrigue left by the motley crew of ne’er-do-wells.

The Phoenix Players, working mostly remotely, have been working on several radio show types of productions, and you may listen to Part One and Part Two of their latest performance using the players above.

In the sleepy hamlet of Wall lives Tristran Thorn, a hapless farm-boy with a pure heart and keen sense of adventure. Young Tristran finds himself on a journey to find a fallen star for a girl in his village, while unbeknownst to him, less savory and even evil characters seek the same prize. Join Tristran in his journey and find out if he succeeds in finding and fetching the star by listening to the SJP Phoenix Players’ production of Dirk Maggs’s adaptation of Neil Gaiman’s Stardust.

In the second installment (above), we feature food from all around the world, and have included a cookbook for downloading — bon appetit!

(you may listen to the podcast by operating the player above)

The Phoenix Players and their Directors are happy to present the first installment (Episode 01) of their podcast series entitled Minding the Light, a diversity podcast on equity and inclusion that showcases stories from the SJP community. In this podcast, the students address the question “What does diversity mean to you?” and begin grappling with how diversity has played a role in their life. While all of the stories are written by students in the SJP community, the speakers are not the authors of the stories that they are reading. All members of the SJP community are invited to contribute their stories and perspectives to enrich the podcast and community conversations. 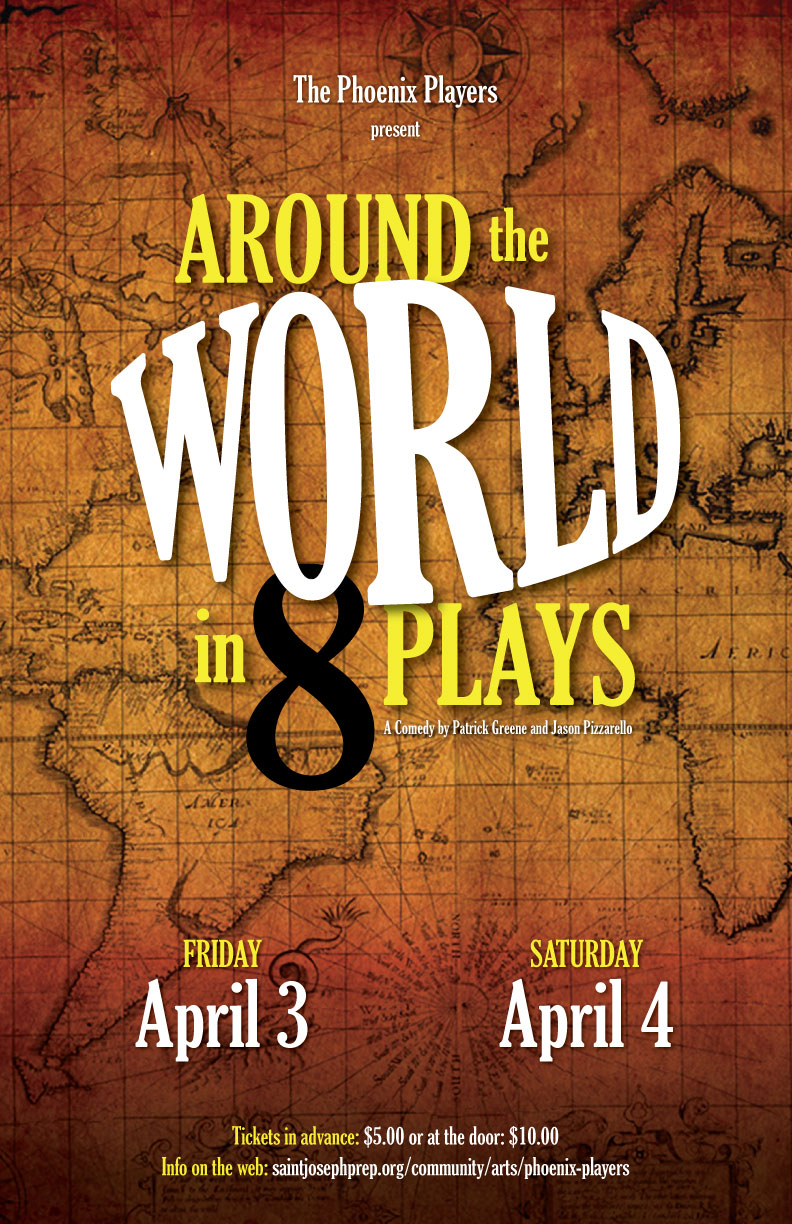 Intended for Friday, April 3 and Saturday, April 4, the performances have been postponed due to the closing of the School campus in order to quarantine for the COVID-19 pandemic. The Phoenix Players will present the play, Around the World in 8 Days by Patrick Greene and Jason Pizzarello, hopefully, sometime in early fall 2020.

The show is directed by Dr. Daniel Borkowski, Ms. Nia Gipson, mr. damian israel shiner, and several of the student players, themselves.

Travel around the world and explore forgotten myths and unusual legends in eight fast-paced and hilarious tales! Guided by a band of players, the audience is transported from the ancient Far East, where a hero must kill a giant centipede to save a dragon king, to the Russian countryside, where a poor orphan must defeat three witches who stole his grandfather's eyes. Always quirky, and sometimes bizarre, these eight tales are filled with magic, mystery, and morals.